Founded in 1949, the Council of Europe is the continent's leading human rights organisation. It includes 46 member states, 27 of which are members of the European Union.

On 5 May 1949, in St James's Palace, London, the treaty constituting the Statute of the Council of Europe was signed by ten countries: Ireland, Belgium, France, Luxembourg, the Netherlands, the United Kingdom, Italy, Denmark, Norway and Sweden. The Council of Europe was thus ready to start work. Its first sessions were held in Strasbourg, which was to become its permanent seat. In the initial flush of enthusiasm, the first major convention was drawn up: The European Convention on Human Rights and Fundamental Freedoms, signed in Rome on 4 November 1950 and coming into force on 3 September 1953.

As stated in the Statute, "the aim of the Council of Europe is to achieve a greater unity between its Members for the purpose of safeguarding and realising the ideals and principles which are their common heritage, and facilitating their economic and social progress”. Those objectives are to be reached "through the organs of the Council by discussion of questions of common concern and by agreements and common action in economic, social, cultural, scientific, legal and administrative matters and in the maintenance and further realisation of human rights and fundamental freedoms”.

To date, the Council of Europe has achieved the adoption of a large number of legally binding European Conventions, which serve as the foundation for reform and harmonisation of member-state legislation on a number of issues, including human rights, prevention of torture, fighting organised crime, data protection, cultural cooperation, violence against women and domestic violence. It has also contributed to drafting policy guidelines on legal, health, educational, cultural, sports and other issues. 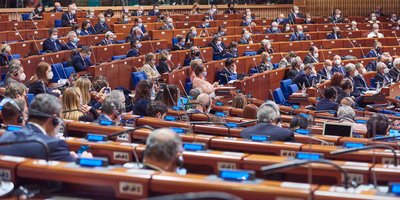 Structure of the Council of Europe

Find out more about the bodies and organisations that form part of the Council of Europe.